Dylan: the harsh realities of the market

So, this is a little case study.

I did everything for Dylan. And when I say everything, I mean everything.  Here's my resumé:

I was in the Dylan compiler code. For you ll-types ('little language') that's no big deal.

But ask a software developer in industry if they've ever been in their compiler code. I have, too: I've found bugs in Java Sun-compiler that I fixed locally and reported up the chain.
I sold commercial Dylan software. That I wrote. Myself. And sold. Because people bought it. Because it was that good.

Question: what more could I have done?

I kept Dylan alive for awhile. In industry. For real.

So why is Dylan dead?

That's not the question.

Dylan was the right-thing, and they (Apple) killed it in the lab, and for a reason.

Who is Dylan for?

That's not the question either. Because you get vague, general, useless answers.

The question is to ask it like Paul Graham answered it for LISP.

Lisp is a pointless, useless, weird language that nobody uses.

But Paul and his partner didn't care. They didn't give a ...

... what anybody else thought. They knew that this language, the language they loved, was built and designed and made for them. Just them and only them, because the only other people who were using it were college kids on comp.lang.lisp asking for the answers for problem-set 3 on last night's homework.

Same exact scenario for Erlang. Exactly the same. Erlang was only good for Joe Armstrong and a couple of buddies/weirdos like him, you know: kooks, who believed that Erlang was the right-thing for what they were doing, because they were on a mission, see, and nothing nobody could say could stop them nor stand against them, and all who would rise up against them would fall.

What made Lisp and Haskell and Erlang and Scala and Prolog (yes, Prolog, although you'll never hear that success story publicly, but $26M and three lives saved? Because of a Prolog system I wrote? And that's just one day in one month's report for data? I call that a success) work when nobody sane would say that these things would work?

Well, it took a few crazy ones to say, no, not: 'say' that it would work, but would make it work with their beloved programming language come hell or high water or, worse: indifferent silence, or ridicule, or pity from the rest of the world.

That is the lesson of perl and python and all these other languages. They're not good for anything. They suck. And they suck in libraries and syntax and semantics and weirdness-factor and everything.

But two, not one, but at least two people loved that language enough to risk everything, and ...

Did you think I was going to paint the rosy picture and lie to you and say 'they won'?

Who uses Lisp commercially? Or Haskell, except some fringers, or Scala or Clojure or Erlang or Smalltalk or Prolog

These languages are defined, right there in the dictionary.

Nobody uses those languages nor admits to even touching them with a 10-foot (3-meter) pole. I had an intern from college. 'Yeah, we studied this weird language called ML in Comp.sci. Nobody uses it.'

She was blown away when I started singing ML's praises and what it can do.

A meta-language, and she called it useless? Seriously?

Because that's what the mainstream sees.

Newsflash. I'm sorry. Dylan, Haskell, Idris: these aren't main-stream, and they never will be.

Algebraic types? Dependent types? You'll never see them. They're too ... research-y. They stink of academe, which is: they stink of uselessness-to-industry. You'll be dead and buried to see them in this form, even after they discover the eternity elixir. Sorry.

Or you'll see them in Visual Basic as a new Type-class form that only a few Microserfs use because they happened to have written those extensions. Everybody else?

Bruce and I will put our heads together, start a company, and we'll code something. Not for anybody else to use and to love and to cherish, just for us, only for us, and it will blow out the effing doors, and we'll be bought out for $40M because our real worth is $127M.

And the first thing that Apple will do, after they bought us, is to show us the door, then convert the code into Java. Or Swift. Or Objective-C, or whatever.

And that's how we'll win.

Not the $40M. Not the lecture series on 'How to Make Functional Programming Work in Industry for Real' afterwards at FLoC and ICFP conferences with fan-bois and -girls wanting to talk to us afterwards and ask us how they can get a job doing functional programming.

We'll win because we made something in Dylan, and it was real, and it worked, and it actually did something for enough people that we can now go to our graves knowing that we did something once with our lives (and we can do it again and again, too: there's no upper limit on the successes you're allowed to have, people) that meant something to some bodies. And we did that. With Dylan.

I've done that several times already, by my counting: the Prolog project, the Dylan project, the Mercury project, and my writing.

I'm ready to do that, again.

Because, actually, fundamentally, doing something in this world and for it ... there's nothing like it.

You write that research paper, and I come up to you, waving it in your face, demanding you implement your research because I need it to do my job in Industry?

I've done that to three professors so far. Effing changed their world-view in that moment. "What?" they said, to a person, "somebody actually wants to use this?" The look of bemused surprise on their faces?

It was sad, actually, because they did write something that somebody out there (moiself) needed, but they never knew that what they were doing meant something.

Effing change your world-view. Your job? Your research? Your programming language?

That's status quo, and that's good and necessary and dulce and de leche (or decorum, I forget which).

But get up out of the level you're at, and do something with it so that that other person, slouched in their chair, sits up and takes notice, and a light comes over their face and they say, 'Ooh! That does that? Wow!' and watch their world change, because of you and what you've done.

Dylan is for nothing and for nobody.

So is everything under the Sun, my friend.

Put your hand to the plow, and with the sweat of your brow, make it yours for this specific thing.

You make it work, and you don't stop until it does. 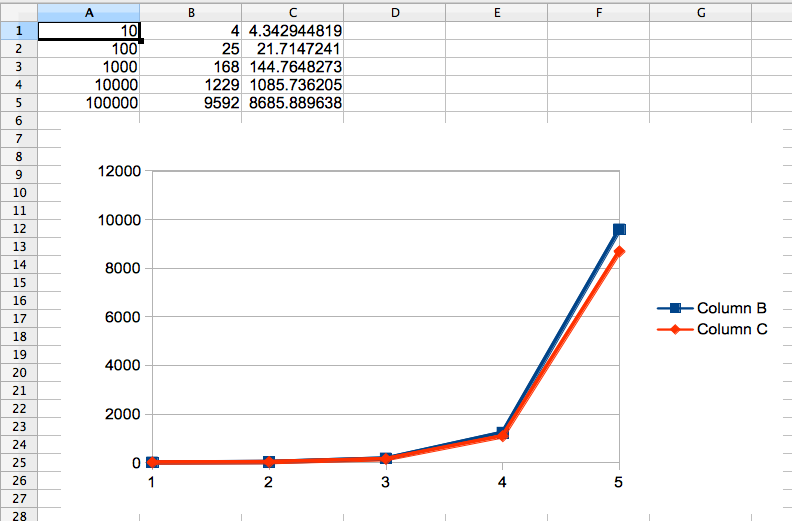 Notes on the problems
Posted by geophf at 2:57 PM No comments: